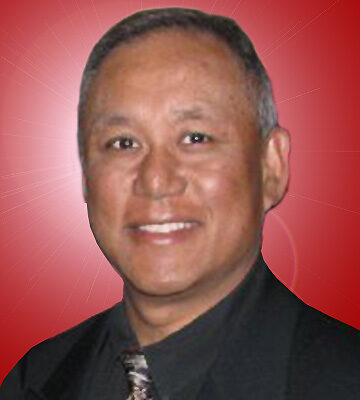 Albert “Jim ” Viernes, 57 years old has been a resident of the Henderson area for the past 18 years. Jimmy passed away on February 1st, 2016 at his home with his family after a brave fight with Pancreatic cancer for almost 9 years.

He was born August 18th, 1958 in Chicago, Illinois to Albert and Ramona Viernes. His first marriage was to Eleanor Abad Santos and they had 3 daughters, Minette, Lyssa and Nikki. His second marriage is when he found his soul mate and partner for life, Rosanna and stepdaughter, Janelle.

Albert was a retired U.S. Air Force Tech Sergeant, Parachutist, Combat Control Craftsman and in Special Ops, graduate of CCS 81-2. He was a Peacetime and Gulf War Vet. He has been an Air Traffic Control Specialist for most of his military life that spanned for almost 21 years. He trained in the United States and abroad and received several awards. After retiring from the U.S. Air Force with Honorable Discharge, he wanted to venture out more so he worked briefly as a flight attendant with the Scenic Eagle Airlines in Las Vegas, Nevada. He soon became a tour guide with Papillion Helicopter and then a Casino Pit Clerk at Treasure Island. He soon went back to his first love as an Air Traffic Controller at McCarran Airport for 3 years and decided to venture into a new field in the medical industry and graduated from PIMA as a Radiology Technologist. He worked as a Radiology Tech at Steinberg Diagnostics for 5 years. Jim finally decided to retire for the second time and decided to become the event planner and tour guide for his own family and friends from that point on.

Jim was known as a “joker ” to everyone he associated with but also had an excellent work ethic. Jim would often give good advice to family and friends and was a mentor to others. He loved traveling with his family and friends and being adventurous. Jim was very personable and showed compassion and understanding to anyone that crossed his path. He was well versed and knowledgeable with current events and history. Family time was an utmost important value that he demonstrated in his life. Jim was a loving husband, father, brother and loyal friend with a positive outlook on life and will be greatly missed! .

May He Rest In Peace