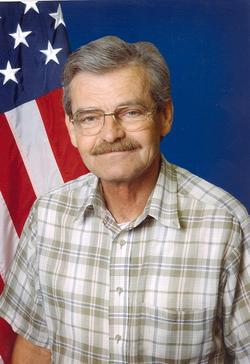 He was born Dec. 2, 1947, in Eros, La., to Edmund and Ola Mae Carter Wallace. Dave was raised and attended school in Louisiana. He joined the Air Force in 1965 at the age of 17 and served a tour of duty in Vietnam after he married his wife and best friend, Julie Ann Gilliland, on June 16, 1969, in Calhoun, La. While in the service, he was stationed in Florida, Louisiana, Alaska, Nebraska, and retired at Fort Sill, where he was acting post meteorologist. While stationed in Nebraska, Dave attended Peru College, where he earned his bachelors degree.

After his retirement from the military, he held meteorologist positions at Channel 6 with Vortex Weather in Nebraska, Channel 7 in Lawton, Channel 6 in Wichita Falls, the National Weather Service in Fort Smith, Ark. and Hobart, and finally with the civil service in Wichita Falls, where he retired in 2007 due to health issues. Daves happiest times were spent hunting, fishing, storm chasing, gardening, and communicating world-wide helping with disaster efforts on his ham radio. He was also a published writer penning articles for Alaska Magazine. He was a member of the Missionary Baptist Church, and the NRA; however, his very favorite thing in life was his family, especially the fun he had playing with his grandkids!

Dave is survived by his wife, Julie Ann, of the home; a son, David Brantley Wallace and wife, Angela, of Blair; daughter, Amanda L. Thomas and husband, Blake, of Lawton; four grandchildren: Brantley and Jonathon Wallace, both of Altus; and Jake and Julianne Thomas, both of Lawton; a cousin, Ken and Bette Rogers, Eros, La.; and many, many friends, former co-workers and extended family.

He was preceded in death by his parents; and a sister, Janie Mae Frazier.