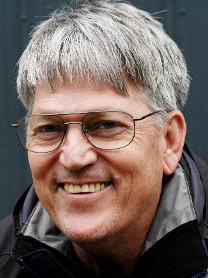 Jerry Quintus, 63, passed away August 25, 2010 of Alzheimers Disease. He was born May 7, 1947, in Yakima, WA to Wallace and Alice Quintus. Jerry grew up in Grandview on the family farm. He married Sandra Moser in April 1966 and joined the US Air Force in May. This was the start of a 22 year military career with duty stations in Washington, Germany, Kansas, North Carolina, California, Colorado, and Alabama. His assignments included air traffic controller, combat control team member, parachute instructor at the Air Force Academy, management consultant, and First Sergeant. A son, Anthony, was born in Germany in 1970. He and Sandra divorced in 1973.

Jerry met his current wife Patsy in North Carolina, and they were married in 1974. Daughter Kelly was born in 1978, and daughter Tracy was born in 1981. Jerry earned his bachelors degree from Regis College in 1982, and his MBA from St Martins College in 1997. After retiring from the Air Force in 1988, Jerry worked for the Social Security Administration for a year, then took a position with the State Department of Veterans Affairs. Here he stayed until his retirement in July 2004.

Jerry enjoyed military and competitive sport parachuting, logging over 2,600 jumps. He was also an avid boater, golfer, and skier. His enthusiasm for boating led him to join the Coast Guard Auxiliary in Olympia, where he participated in training exercises and helped teach boater safety classes.

Jerry is lovingly remembered by his wife, 3 children, 3 grandsons, his parents, 2 sisters and their families, and numerous aunts, uncles, and cousins.