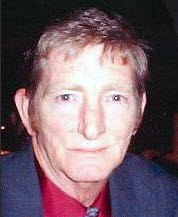 Our CCT brother Jimmy D Jim Parsons, (CCA Life Member #641) born an orphan in Algona Iowa 1945, passed away Tuesday night at 7:10 PM. Jim had 365 jumps and skeeter jump wings tatooed on his left forearm. He once said "if I add up all the time in my life when I was happy, it would be about 28 seconds". Jim was well known for his Will Rogers humor. He depoyed to Korea when the Pueblo was siezed by North Korea. As a P304, Jim had a tour to Viet Nam in 1969. He was Chairman of the Joint Chiefs, Gen Vessy's, personal communicator. He lost his clearance because of a bar fight with a DIS agent in Egypt. He later commited every thing for which he was ashamed of or law that he broke to 25 pages of yellow legal pad sometimes in blue pen and black ink and some time in pencil. He submitted that with a request for his clearance to be reinstated. It was and Jim was assigned to JCU in the JSOC compound where he retired in 1985. He moved to Tampa began playing bass in a group called The Baker Act often living in the back of his car. In a drunken stupor in about 1990 with his teeth falling out he was removed from the back of his Cadillac and went through a rehab program, got a set of false teeth and never again drank alcohol. 15 years ago he located and visited his birth mother. In 2005 he quit smoking. Jim was a registered Minister. When I asked him about a "medical directive" he said "don't pull the plug and keep pumping oxygen to me" He was one of a kind.