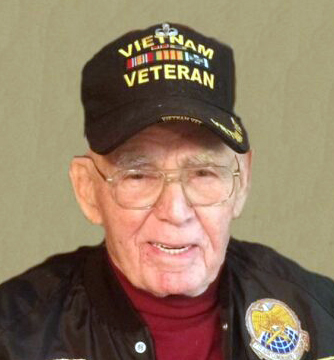 Jim was a Building Inspector for Polk County, Florida and retired as the Chief Building Official. He became the Building Official for the city of Winter Haven and finished his career as a Building Inspector with the City of Auburndale. Jim enjoyed Civil War reenacting, camping and traveling. He attended First Missionary Baptist Church in Auburndale, Florida and sang in the choir for many years. Jim loved the mountains of North Carolina and the friends he made there.

He is survived by his sons, James Russell Gary, of Telico Plains, Tennessee and Jeffrey Thomas Gary, and his wife, Shelda, of Polk City, Florida; daughter, Julie Gary Katt, and her husband, Harold, of Maggie Valley, North Carolina; five grandchildren and three great-grandchildren.

In lieu of flowers, memorials may be made to Creekside Villas Activity Fund, c/o Judy Mills, 465 Boyd Avenue, Waynesville, NC 28786.

The family extends warm gratitude to the caregivers at Creekside Villas for the excellent love and care they extended.

I am the daughter of Tech Sergeant James Gary (Ret.). My father was among the original USAF Combat Controllers. During his career he served in Korea and multiple tours of duty in Vietnam and adjacent countries prior to retiring in 1972. While in Vietnam he was more affectionately known by his call sign, “Rainbow “. TSgt. Gary also served as an officer in your organization during the latter 1990’s. I am writing to inform you that he past away on Sunday, September 27, 2020.