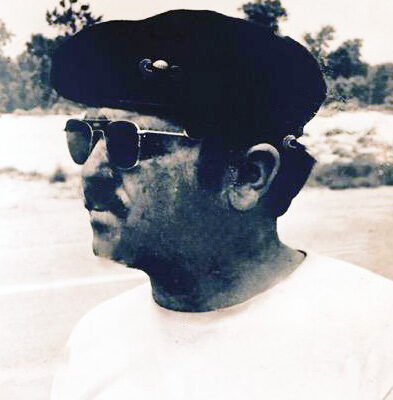 James J. Ebinger, age 65 of Lakewood, NJ passed away on March 29th, 2015 at Ocean Medical Center in  rick. James was born in Brooklyn, NY on April 12th, 1949, to James J. and Marion McDermott Ebinger.  He lived most of his life in Lakewood where he raised his family.

James proudly served his country from 1968 to 1974 in the United States Air Force, as a member of the 3rd Aerial Port Squadron Combat Control Team, attaining the rank of Sergeant.  During his career, James worked for Permacel located in New Brunswick, as a Process Engineer, retiring in 2009.  In his free time, James enjoyed coaching little league baseball, fishing, building model trains and airplanes, blogging, and spending time with his grandchildren.

James is preceded in death by his parents, and his brother, Tommy Ebinger. He is survived by his wife, Linda Ebinger, his sons, Michael Ebinger and his wife Tracey of Long Branch and Todd Ebinger and his wife Theresa of Brick; and by his daughter, Beth Knightes and her husband Justin of Virginia Beach, VA.  James is also survived by his eight grandchildren, Nicholas, Jamie, Daniel, Abby, Sarah, Megan, Carter, James as well as his faithful dog Max.