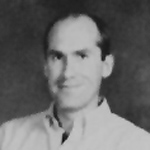 He was born July 3, 1952, in Marseilles, to Fred and Blanche (Herman) Juergensen. In 1996, he married Kornelia Grosskurth of Munich, Germany.

He served in the Air Force. He then was employed by Lufthansa. He was currently serving in the Air National Guard in Peoria and had been deployed twice to Iraq and Afghanistan. He was employed by Illinois Department of Transportation.

He was preceded in death by his parents