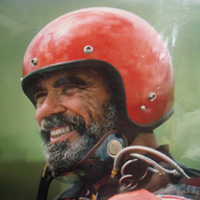 As a young man during the 1950’s Mort worked for a circus. He joined the Air Force in 1963, and became a parachute rigger in the Parachute Shop at Hurlburt. He was a member of the 1963 Air Commando Parachute Team. After competing in the 1965 U.S. Parachuting Nationals, he and three others went on temporary duty to the Air Force Academy as instructors. He then cross- trained into Combat Control after a second assignment at the Air Force Academy. He was part of a CCT element in the rescue operation at Kham Duc, RVN on May 12, 1968 where he and his fellow team mate were awarded the Silver Star for their actions. His subsequent assignments were Clark AB, Norton AFB until his military retirement back again at Clark AB.