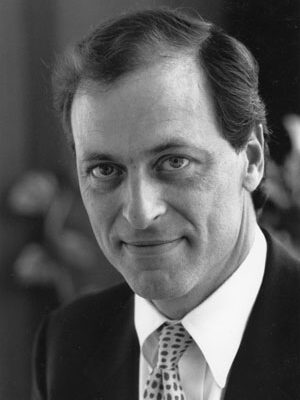 Richard Brook Connell was born on Nov. 6, 1946 in New Orleans but grew up largely in suburbs of Chicago and New York as his father relocated for his job. Richard dropped out of high school in 1961 and spent a year on the road before joining the U.S. Air Force in 1963 at 17.

After his first year, he enrolled in Air Traffic Control School, became paratrooper-qualified at the U.S. Army Infantry School at Fort Benning, completed a variety of other special operations forces skill-related courses, and became a Combat Controller (Special Tactics Squadron) in 1964.

After a tour of duty in Southeast Asia carrying out reconnaissance operations that involved parachuting at low altitudes to land behind the lines and gather intel ahead of attacks, his main challenge was staying alive. This experience shaped him, and he remained in contact with the Combat Control Association throughout his life.

He got his GED while in the service and returned to the U.S. in 1967 to study business at New York University from which he was awarded a B.Sc. with honors. After a brief break, he went on to earn an MBA from NYU in a program split with campuses in New York, the U.K. and France for which he received an International Management Diploma from the London Business School and L’Ecole des Hautes Commercials (learning French on the fly).

After five years at Continental Can, including a two-year stint in Belgium, he entered the management consulting industry by joining Arthur D. Little in London, where he met Yvonne Julia McManus. They married in Galway, Ireland, in 1985.

While with ADL, Richard and Yvonne lived in the U.K., Saudi Arabia, Belgium (again), where his sons Gavin and Daniel were born, and Sydney, Australia, where the family bought a house and settled. At 50, Richard decided to put an end to the ‘corporate gypsy’ life, took dual citizenship in Australia, and entered academia. He was awarded a Ph.D. at the University of New South Wales and became a UNSW faculty member at the Australian Defense Force Academy in Canberra. He also taught at the Australian Command and Staff College before his retirement.

In 2001, after a divorce, Richard purchased a house in the Sydney suburb of Paddington, which he renovated and lived in for nearly two decades, before his health deteriorated. He moved into the Terraces nursing facility in 2019, across the street from his house and passed away from natural causes in 2022. He is survived by his former wife, Yvonne, who helped care for him in his final years; his two devoted sons, Gavin (32) and Dan (nearly 30); and his older brother, Dan (77).