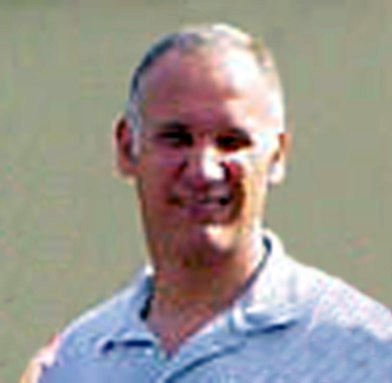 Steve "Bones" Daniel Jones passed away on Wednesday, 09.23.15 at the Sacred Heart Hospital in Pensacola FL as the result of a motorcycle accident on September 16 at the age of 61.

Steve was born on June 7, 1954 to Vera F. Jones and James E. Jones in Washington, D.C. As a child, his family moved many times as his father was career Air Force. He particularly enjoyed childhood memories of Panama, CZ. After graduating from high school in Salem, OR, he followed his father’s footsteps and joined the Air Force during 1974. He continued his education and obtained his Bachelor’s degree in Social Science with a minor in Criminal Justice.

He graduated Combat Control School in Class 75-3 while he was stationed at Dyess with subsequent assignments to Howard AB, Panama Canal Zone, Pope and Hurlburt. Steve was a highly decorated Air Commando having served in Operation Just Cause in Panama, and Operations Desert Shield and Desert Storm during the Gulf Was and in Mogadishu, Somalia. Steve was highly regarded by his CCT teammates and was often “hand-picked” by his leaders to do the most daring missions because they knew he wouldn’t fail. His last assignment was as the superintendent, 6th Special Operations Squadron at Hurlburt where he was involved in the Foreign Internal Defense mission, teaching combat related skills to assist foreign aviation forces in airpower employment, sustainment and force integration. He retired from active duty on Oct. 1, 1998 as a SMSgt, and later worked as an instructor at the Special Tactics Training Squadron, where he taught new Special Tactics CCT and Pararescuemen advanced combat readiness skills.

After his retirement, Steve was an active member of the Bikers Against Child Abuse, and obtained his Guardian Ad Litern certification. He enjoyed power paragliding along the Gulf Coast, camping and a good cigar. He was Life Member 128 of the Combat Control Association.

Steve is survived by Terri his loving wife of 36 years, daughters Stephanie of Mary Esther and Rachel of Orlando who he was especially proud of his daughters for completing their education and wonderful young ladies they have grown to be. Additional survivors include mother Vera Jones of Salem; father James Jones and stepmother Venita Jones of Pace, FL; siblings Kenneth Jones of Salem, Russell Jones of Monterey, CA and Kathleen Gwillim of Shipman, IL.

May He Rest In Peace