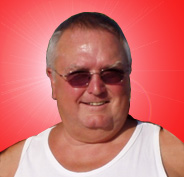 Tom was born April 15, 1941, in Center Township, Pa., to Harrison and Evelyn Laney. He enlisted in the U.S. Army in 1958 and became a part of the 101st Airborne unit, working as an engineer demolition specialist. After three years he left the Army and joined the U.S.Air Force, where he excelled in electronics and became an instructor at Keesler AFB in Mississippi. He later volunteered for a Combat Control Team, where he remained for the rest of his military career.

He was a master parachutist and a military and sport instructor for High Altitude, Low Opening (HALO). He had a total of 433 parachute jumps in his career. He also had numerous military decorations, awards and aeronautical ratings. His last duty station was Elmendorf AFB, where he spent seven years before retiring in 1978, In 1978 Tom began a career with the Department of Corrections, rising from correctional officer to correctional superintendent before retiring in 1990. He worked at facilities in Anchorage, Kenai, Seward and Eagle River. He then worked at Prudhoe Bay doing oilfield security work until he was diagnosed with cancer in1997. Tom and his wife,Judy, fully retired in 1997 and began touring the country in their motor home. They had 10 wonderful years of travel,spending most of their time in warm Southwest and returning to Alaska for the summers. Tom loved the spring training baseball games in Arizona, fishing in the ocean on the Texas coast and eating seafood along the Gulf Coast. With his outgoing personality, he made many friends in his travels.

In 2007 his health required him to stay close to his medical providers but he was still able to lead an active life until shortly before his death. Tom was an avid hunter and fisherman when he first came to Alaska. He was also a member of VFW #10252, the American Legion Post 29, Amvets #49, the Moose and Elks Clubs. He was a devoted husband, father and grandfather and all have wonderful memories of special moments spent with him.

His wife said: "He always had such a positive attitude and wonderful sense of humor. I will treasure the 22 years we spent together." Tom is survived by his wife, Judy; his children, Evelyn of Eagle River, Tom Jr. of Anderson, Calif., Scott of Anchorage and step-daughter, Lisa Wright and son-in-law Jay Wright of Anchorage; grandchildren, Geraldine and Scott of Anchorage, Ashley, Jessica and Michael of Yuba City, Calif., and Jack and Kyle of Anchorage; two great-grandsons; his mother, Evelyn Laney of Chico, Calif.; and his brother, Dan Laney of Los Lunas, N.M.