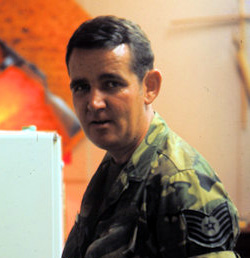 Bill had been battling cancer for some time and was on a final move back to the States from Guam when he passed. He left CCT in the early 70’s to return to being an air traffic controller, and then retired and moved to the PI.  Those who were stationed at or visited Clark in the late 70s and early 80s may remember him as the co-owner of the “Shamrock”, a pub on Field’s Ave in Angeles City, which was a regular hang-out for many CCT.  He was a good man, a warm friend and he will be missed.